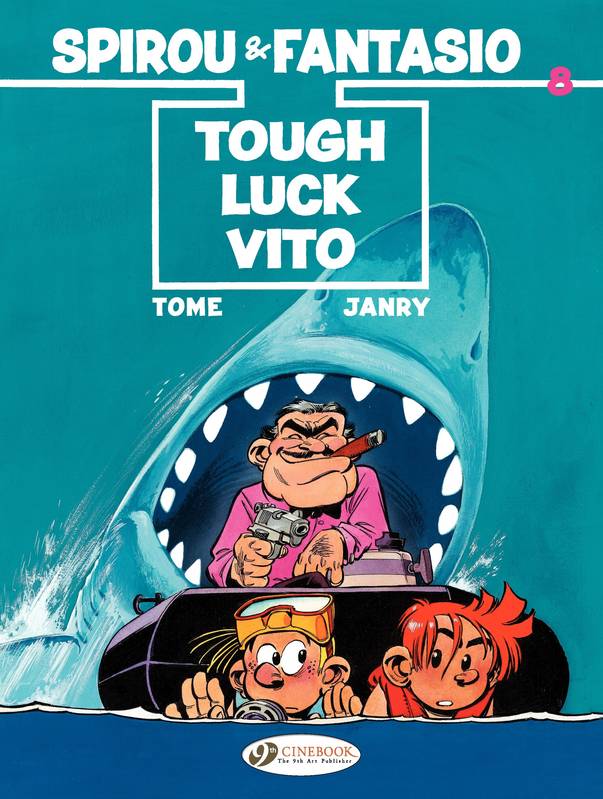 An old seaplane skims the waves over the Pacific. Onboard are Vito Cortizone,
former Don of the New York Mafia forced into early retirement by Spirou and
Fantasio; Von Schnabbel, unscrupulous pilot; and a mysterious cargo supposed
to turn Cortizone’s fortunes around. But the mafioso is cursed with terrible
luck, and the plane ends up at the bottom of an isolated island’s lagoon. When
two months later a sailing boat arrives, an unrecognisable Vito sees none
other than our two adventurer-reporters come ashore!
S'identifier pour envoyer des commentaires.