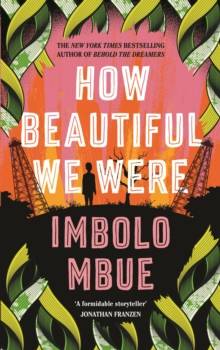 How Beautiful We Were

How Beautiful We Were

Set in the fictional African village of Kosawa, How Beautiful We Were tells the story of a people living in fear amidst environmental degradation wrought by an American oil company. Pipeline spills have rendered farmlands infertile. Children are dying from drinking toxic water.

Promises of clean-up and financial reparations are made - and ignored. The country's government, led by a brazen dictator, exists to serve its own interest only. Left with few choices, the people of Kosawa decide to fight back.

But their fight will come at a steep price . . .

Told through the perspective of a generation of children and the family of a girl named Thula, How Beautiful We Were is a masterful exploration of what happens when the reckless drive for profit, coupled with the ghost of colonialism, comes up against one community's determination to hold onto its ancestral land and a young woman's willingness to sacrifice everything for the sake of her people's freedom.
S'identifier pour envoyer des commentaires.